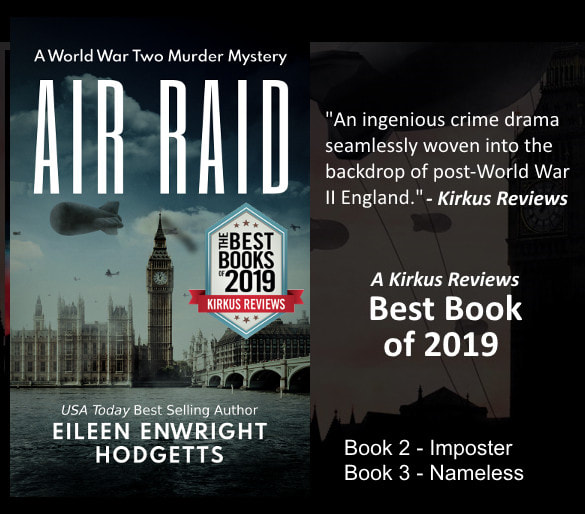 "An inexperienced British solicitor—tasked with recovering a prominent woman’s missing child—finds himself embroiled in a murder mystery.

In this novel set in England in 1952, Toby Whitby is a newly minted solicitor, awkward and less than inspiring, which makes it all the more unusual when he lands a major case. Lady Sylvia, countess of Southwold, wants to recover her daughter, Celeste, who she claims was abducted by Vera Chapman, a poor village girl. Lady Sylvia conceived the child with Jack Harrigan, an American Army officer who was killed in Normandy in World War II. Since the countess cannot have another baby, Celeste is the sole heir to the considerable Southwold estate. Lady Sylvia was falsely told the child died in an air raid during the war but later discovered otherwise and asked her lawyer, Robert Alderton of Champion and Company in Brighton, to handle the legalities. But Alderton was found dead, violently murdered, and the file regarding
Lady Sylvia’s case is mysteriously missing. Since Toby is now the only healthy solicitor at the firm—Edwin Champion is too unwell to manage the matter—he’s saddled with this responsibility. Toby turns out to be smarter than first impressions would indicate, and he begins to suspect that Lady Sylvia’s story is apocryphal, especially after her disgruntled gardener, Sam Ruddle, claims the child properly belongs to Vera. Shortly after, Sam is nearly murdered by a woman, hit over the head just as Alderton was. Whether or not Lady Sylvia is telling the truth, she has a motive to lie. Without a proper successor to the estate, it could become the property of her Australian relatives upon her death. Unmoved by tradition, they would surely sell it for quick cash.

In this series opener, Hodgetts (Imposter, 2019, etc.) adroitly constructs a labyrinthine plot of the best kind—complexly entangled enough to foil readers’ anticipations but not convoluted or impenetrable. In fact, the story races to a stunning conclusion at a relentless pace, a peculiar but artfully plausible tale. At the heart of the narrative is Toby, a delicately drawn character: Diffident and bumbling, he’s also surprisingly perspicacious, charming, and even capable of great bravery. He was forced to sit out the war because of his poor eyesight but still managed to risk his life to save a group of children from perishing during an air raid. The author brilliantly inserts the conflict into the mystery as well. The disappearance of the child revolves around an air raid, and various characters remember that fateful day and, by extension, the wages of war itself, in different ways. And the entire ravaged country is a monument to those dark years,
something observed by Toby, who can’t wait to leave: “For the first time in years, Toby was able to assess his surroundings without a paralyzing sadness for the destruction of his homeland; for the historic buildings that had been reduced to dust, for the ruined beaches, and the shattered dreams of a generation.”
​
An ingenious crime drama seamlessly woven into the backdrop of post–World War II England." - Kirkus Reviews