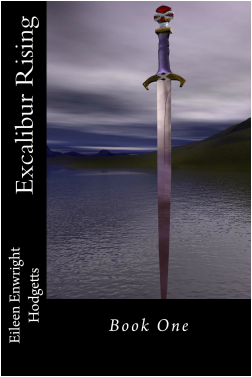 EXCALIBUR RISING
BOOK ONE of a new series
.
900 years ago, as Britain descended into the Dark Ages, a legend was born.  Camelot, the Sword in the Stone, and Arthur,  the High King who did not die. But where is the truth of this legend?  Where are the ruins of fabled Camelot? Where is the record of Arthur in the unbroken lineage of England’s kings?
In a villa in Florida, a woman with violet eyes dreams of an ancient document. In hotel room in Las Vegas, a renowned historian claims to have found the sword Excalibur, and dies a violent death at the hands of a one-eyed man. In London, a treasure hunter sets out to find the sword that cannot be, and the resting place of the king who could not exist.  Powerful  forces are at work, breathing life into the legend.  At long last, Excalibur is rising. 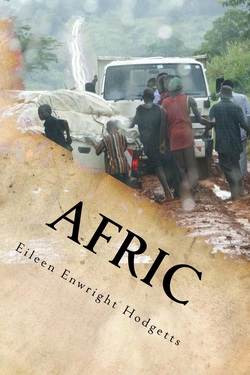 AFRIC
A drama ripped from today’s headlines
1963: As  European colonists flee  the  Congo, a witchdoctor finds an abandoned child and teaches him the power of  hatred. A hundred miles to the  east, six American hippies on a joy ride across Africa, crash their VW bus in to
a cemetery. While they wait for repairs they scandalize the local missionaries
and Brenda Carter impulsively marries an African student.

2013: Brenda Carter brings Sarah, her deeply troubled granddaughter to Africa to explore her roots and meet her grandfather;  the man Brenda married and abandoned fifty years before. When a Peace Corps  worker is murdered, a baby is kidnapped, and all contact with the outside world  is severed by a torrential rain storm, Sarah becomes an unwilling investigator  making the connection between the abandoned boy from the Congo, the truth behind  her grandmother’s marriage, and fifty years of undercover CIA involvement in the  politics of Africa.
A  compelling tale of Africa  today  where witchdoctors co-exist with modern medicine, where warlords carry cell  phones, and where one small nation stands at the cross roads of America’s War on  Terror.

UPDATE:  January 27, 2015
Good news from the International Criminal Court.
If you have already read Afric, you will know about the suffering of Africa's children at the hands of war lords such as Joseph Kony.  It is always good to hear that one of these evil men has been captured and will be brought to justice.  Today a feared commander of the Lord's Resistance Army (LRA), became the first member of the LRA to appear before the court. During the pre-trial hearing he was asked to confirm his identity. He faces a total of seven counts of crimes against humanity and war crimes, including murder and enslavement. The charges all relate to an attack on a camp for internally displaced people in Uganda in 2004. Mr Ongwen was not required to enter a plea on Monday. Judge Ekaterina Trendafilova set the date for his next appearance as 24 August, when hearings will determine if he should face trial. The LRA is accused of seizing children to use as fighters and sex slaves.

Click here for a video link to the Afric trailer  http://www.youtube.com/watch?feature=player_detailpage&v=2j65J54Wj8s

Available as a paperback or electronically from Amazon.com 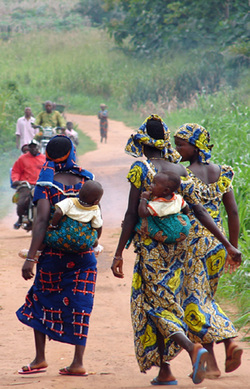 More than One Wife, Polygamy and Grace
Co-authored by Eileen Enwright Hodgetts & Stanley Ntagali; Archbishop of the Church of Uganda
Available in paperback and electronically from Amazon.com
http://www.amazon.com/More-than-One-Wife-Polygamy/dp/0615662579/ref=sr_1_1?ie=UTF8&qid=1367336465&sr=8-1&keywords=Ntagali
What does the Bible say about polygamy? What did Jesus say? How should the church approach the subject of polygamy in the 21st Century? Should polygamists be admitted to the church membership? More than One Wife is an exploration of the Biblical and cultural roots of polygamy and its place in modern African society, and in the world in general. Although the authors are firmly in favor of monogamy as   the ideal for   Christian marriage they urge us to have compassion for the men, women and children trapped in polygamous cultures. Archbishop Stanley Ntagali, Primate of the Church of Uganda, recalls the pain created by the first missionaries in their attempt to impose Western standards on African society which resulted in refusing church membership to polygamists and their wives and children. This book asks and answers challenging questions for indigenous African pastors and
for visitors from other cultures, and reminds us that we are all sinners and
that Christ Jesus came to save sinners.
We believe that this book will become an important tool for short or long term missionaries struggling to understand African culture and will also be a resouce for African clergy dealing with the problem of polygamy in their own congregtions. Simply written, in non-academic language, it is, nonetheless, profound, thought-provoking, and challenging in its theology. 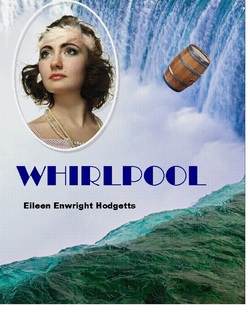 Whirlpool, a Novel of Niagara Falls
The year is 1923 and the Jazz Age is in full swing.  Evangeline Murray, a young widow from Ohio, is recruited by the Women's Freedom Movement to represent the spirit of modern womanhood by going over Niagara Falls in a barrel.  Evangeline eagerly embraces her opportuniy to achieve fame and fortune until she sees the power of the river and begins to understand the risk she is taking.  Joshua McClaren, an enigmatic battle-scarred Canadian veteran of World War I, and the best boatman on the river, reluctantly agrees to launch the headstrong Evangeline.  Joshua has seen hundreds of bodies surface in the Whrllpool below the Falls, and has faced death on the battlefields of Flanders.  He has no respect for the charming, impetuous Mrs. Murray and her desire for fame.  Before the barrel can be launched each of them will have to face their own demons, painful secreets will be revealed and the Niagara River will claim two more lives

For a video preview of Whirlpool, follow this link http://www.youtube.com/watch?v=n-HKPbPRvT8&feature=youtu.be

Dragons Green, a Novel
A non-stop chase across England Wales in the company of a kidnapped woman, a reluctant doctor, a Welsh speaking surfer dude, a squad of World War II soldiers, and a forgotten man who must might be king of a small nation.  Murder, mayhem, and shipwreck.  A perfect read for a long winter night or a day at the beach. Available in paperback and Kindle from Amazon.com
http://www.amazon.com/s/ref=nb_sb_noss?url=search-alias%3Daps&field-keywords=Dragons+Green+eileen+enwright+hodgetts
Barnes and Noble Nook http://www.barnesandnoble.com/s/Dragons-green-eileen-enwright-hodgetts?store=ebook&keyword=Dragons+green+eileen+enwright+hodgetts
Enjoy a video preview http://youtu.be/qWYUUGRyKzI