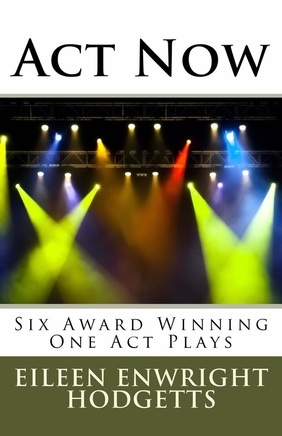 All of these plays have received one or more awards in national competitions, and offer something to delight audiences and challenge the actors.

Visitors: A battered woman believes that she has been visited by aliens, who  will one day return and rescue her from her drab life.
Mario’s Finger:  Set in a rundown bar,  a unique take on disease and disability.
Twilight:  A young girl falls off her bicycle and into the arms of a very special ghost.
A Candle For Elvis::  A delight for actors and audience as Elvis is released by the aliens who sucked him up to examine his brain.
War Brides:  A tender remembrance of World War II.
For All the Saints :  An all-out fantasy as de-consecrated stained glass saints  meet up in a London storage basement. 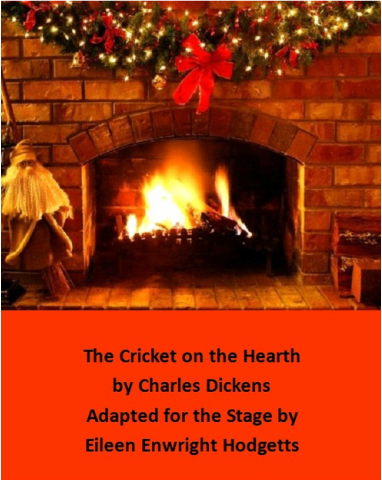 The Cricket on the Heart
By Charles Dickens Adapted by Eileen Enwright Hodgetts
5 m, 5 w. 2 Interiors. 2 acts
About 70  minutes.
To find a cricket on the hearth is a sign of good luck. John  Peerybingle,  the parcel carrier, and his young wife, Dot, are happily at home with their baby and nursemaid, Tilly.  Two days before Christmas John brings home a mysterious stranger who seems to upset Dot. The local toymaker, Mr. Tackleton, is, at this time, trying to force an eligible young lady, May Fielding, into a loveless marriage with the help of Mrs. Fielding. Caleb Plummer and his blind daughter, Bertha, the "benefactors" of Mr. Tackleton's attention, according to Caleb, are really poor and downtrodden, unbeknownst to Bertha.  She
is heartbroken at the announcement of Tackleton's marriage. Further
complications arise between Dot, Mr. Tackleton and the mysterious stranger. All is resolved, after much misunderstanding, on Christmas Day. Even the miserly old Mr. Tackleton has a change of heart.  This very neglected, yet delightful Dickens story provides a cheerful alternative to the other, traditional stories at Christmas time.  And it can also be produced at any time of the year.
Available from Eldridge Encore Publishing
#1747 The Cricket On The Hearth
Order 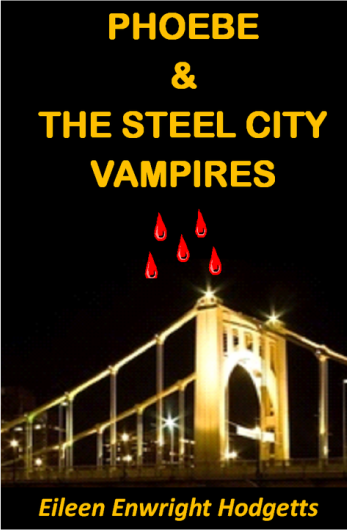 Phoebe and the Steel City Vampires

Phoebe lives in luxury on her ex-husband's money and  wallows in self-pity and junk food.
A visit from a runaway vampire servant changes her life for the better until the boy's master wants him back and Phoebe has to shape up and fight to keep him.
This play is a comedic tongue-in-cheek look at vampire myths of all kinds as Phoebe finds self-confidence and unlikely romance. Includes cultural references to Pittsburgh but these can be adapted to any other city with the author's permission.